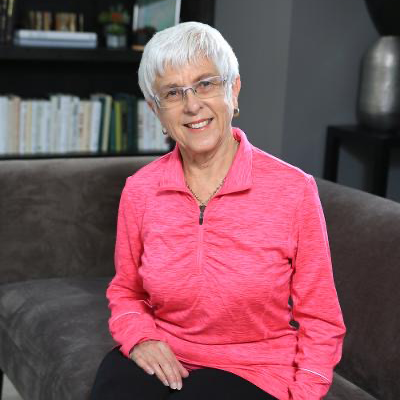 I used to walk by a local park with a picturesque section devoted to breast cancer survivors with a feeling of empathy for these women and a sense of relief that I was not part of that group. Being in excellent health with no background of cancer in my family, I assumed that I would be spared from that disease. I felt reassured that the results from the mammograms that I had received on a regular basis for 35 years were always clear and that there was nothing to worry about. I was even more confident, since three years previously, I began having mammograms on a yearly basis because, as the radiology technician told me, I had very dense breasts. This was the first I had ever heard of dense breasts and it didn’t concern me in the least. My GP never discussed this with me even though she was always very careful in red-flagging any health issue I might have. This was obviously not an area of concern for her, either.

Then, during a yearly physical examination, my GP found a rather large lump in my left breast. I was shocked. How could the mammogram I had less than a year before not have caught this? I was sent immediately for another mammogram and a supplementary ultra sound at the Breast Care Clinic in St Joseph’s hospital in London where I had been receiving my routine mammograms.

During the ultra-sound, the head radiologist, Dr. Anat Kornecki, and her team explained to me that the lesion on my left breast was about 2 centimetres large, a Stage 2 size, and that she was 97% sure it was cancerous. To reach this size, it must have been there for a while, hidden behind some dense tissue folds in my breast, and had grown undetected in spite of the yearly mammograms. She was also concerned about an area behind my nipple on the right side that seemed suspicious. She suggested that I would be the perfect candidate to use the new Contrast-Enhanced Mammogram machine that the clinic had recently acquired. This mammography could have picked up my larger cancer earlier, but it is not funded in Ontario as as a first-line diagnostic tool and can only be used for supplementary screening.

For the Contrast-Enhanced Mammogram, I was injected with a dye, followed immediately by a digital mammogram. Dr. Kornecki showed me the images of both the ultra-sound and the contrast mammogram. The ultra-sound showed some slight variation in shading in the suspicious area because the tumour shows up white against the white breast tissue; however, the contrast mammogram showed clearly the tumour as a distinct black dot. So, I definitely had cancerous tumours on both breasts. However, because the Contrast Mammogram shows up even the tiniest cancer, I could be sure that that the rest of both breasts was clear.

I had a double lumpectomy on both breasts two days after Christmas and three days before my 75th birthday! The good news was that both cancers were estrogen sensitive and could be treated with partial breast radiation and estrogen-blocking drugs such the Letrozole I am currently taking. I wondered how much of a role the Hormone Replacement Therapy I had taken for 25 years for bone maintenance had played in the development of the cancers. It probably encouraged the tumours to grow but the real culprit was my dense breast tissue which increased the risk of cancer and, as I unfortunately found out, prevented the cancerous tumours from being detected. I also realized the importance of having regular breast examinations to ensure that if a cancer was missed by a mammogram, it will be detected as early as possible manually.

My larger tumour was sent to California for an Onco-type test to determine the risk of recurrence. I had an extremely low risk of 6% so my prognosis appears to be good and the treatment of radiation and a 7 year treatment with Letrozole, an Aromatase Inhibitor, will help to keep me cancer-free. Now, I make a special trips to visit the Cancer Survivors park and take comfort and pride in being part of that brave group.