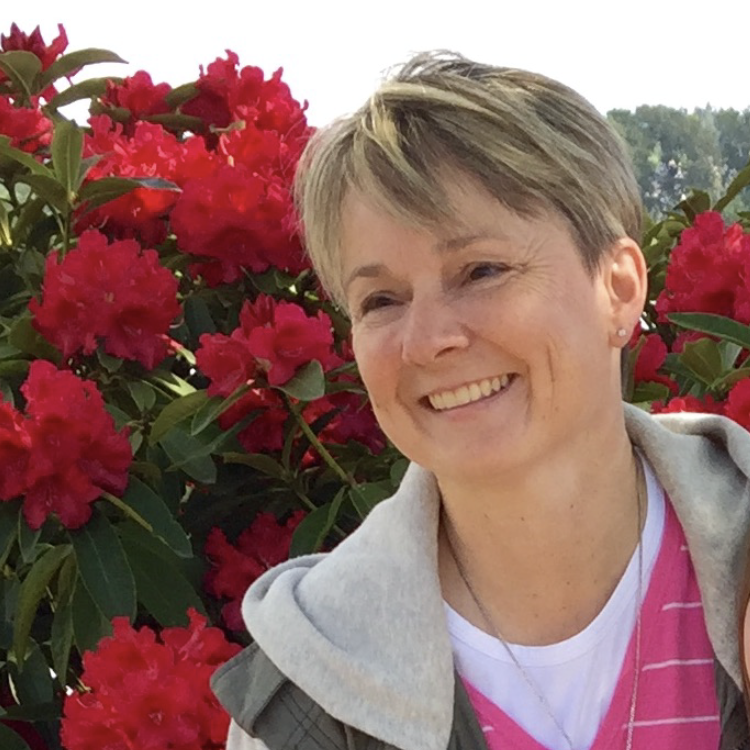 I was diagnosed in early July 2017.  I was 51 years old, a police officer, wife and busy mother of a 15-year-old daughter.  I didn’t have time for cancer.  6 months earlier I had some calcifications detected in my left breast by mammogram.  They were biopsied, and I was assured they weren’t cancer but rather an abnormal “pre-cancer” type cell.  I saw a surgeon and was offered the choice of getting a wire excision to remove them or watching them carefully with mammogram.  I took a couple of months to think about it, and while doing so, one day in the shower felt a large hard lump in that same breast that hadn’t been there before.  I had been told a few years ago with my first mammogram that I had dense breasts and had been to my doctor with suspicious lumps in the past, but she always had assured me they were nothing, and in fact they all went away on their own.  When I went to see her, despite her best poker face, I could tell that this one concerned her.  A 3D mammogram and ultrasound ensued. The mammogram showed clear, but the ultrasound clearly showed a mass that had grown to 2.8 cm, as well as a suspicious lymph node.  After a biopsy and blood test, bone and CT scan, as well as an MRI, I was diagnosed with Stage IIb hormone positive breast cancer.

Two lumpectomies, 8 rounds of chemo and 16 radiation treatments followed. I am now on Tamoxifen for the next few years.  Years before when I was told in passing of my breast density by a mammography technician, I thought nothing of it. I didn’t realize that there were implications that went along with that and I don’t even think I mentioned it to my doctor.  I just didn’t know. Why didn’t I know????   I consider myself very lucky so far, but women need to understand the risks and implications of dense breasts.  I would have certainly sought out regular ultrasounds and my cancer may have been found much earlier.

DBC NOTE: Cinda lives in British Columbia. Recently, British Columbia became the first province to inform all women of their breast density and the implications, following a mammogram. Screening ultrasound is also now available for women with dense breasts if they have a doctor’s requisition. Thank you Cinda for your support in advocating for breast density notification. Please listen to Cinda on CBC’s White Coat, Black Art.