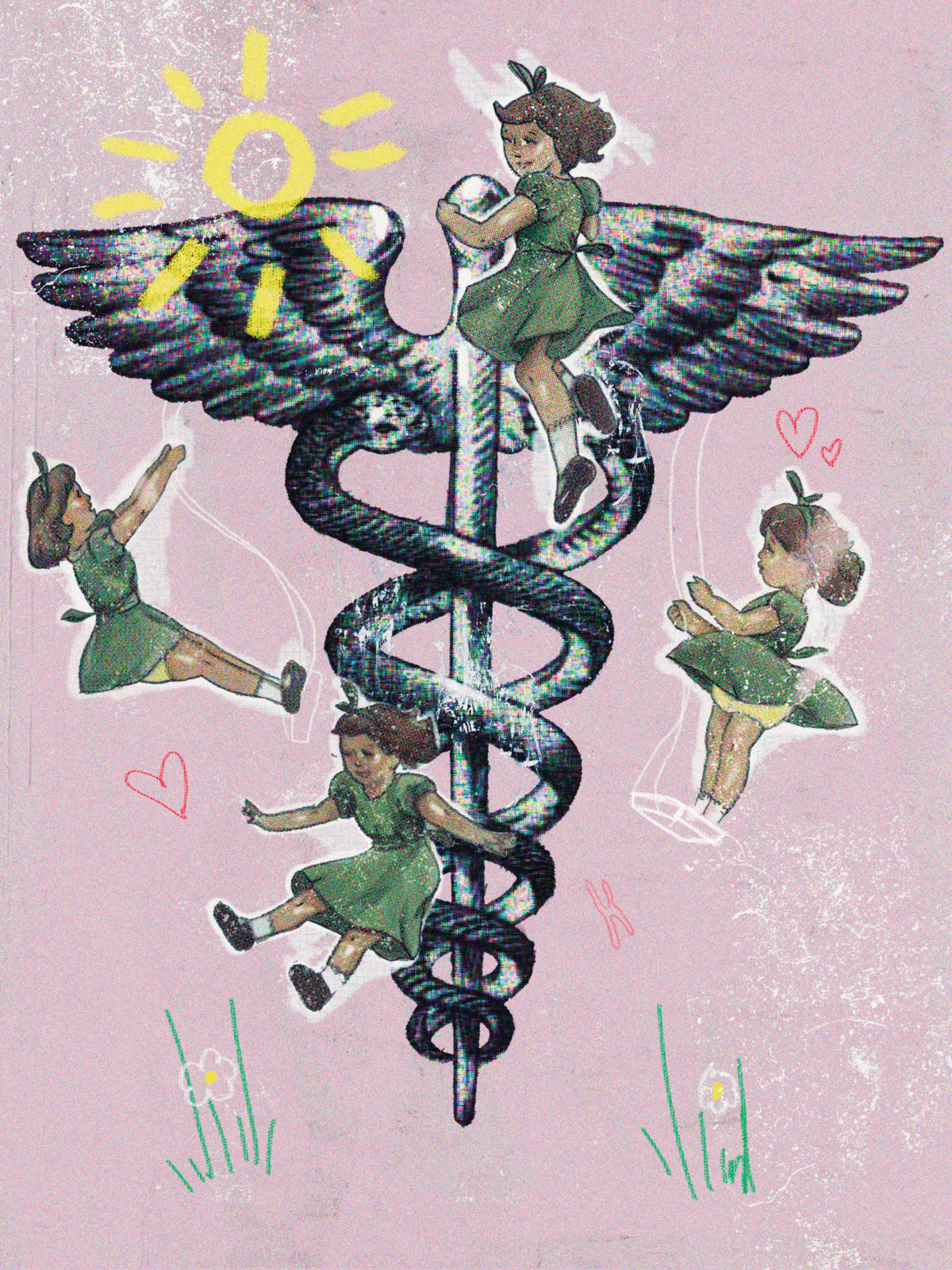 Discrimination and inequality are not words usually heard around the issue of breast density, but we have to agree with Dr. Paula Gordon, who in her latest presentation https://youtu.be/7uFksz6_4Zk stated that women with dense breasts are discriminated against.

1.Women with dense breasts are discriminated against based on the province they live in

Currently, only British Columbia, Nova Scotia and Prince Edward Island directly notify ALL women of their breast density, after a screening mammogram.
New Brunswick and Alberta are expected to begin directly telling ALL women this year, making it five provinces telling all women directly of their breast density in 2020.
However, three provinces- Ontario, Manitoba and Saskatchewan- are only directly telling women in the highest category. And two provinces, Newfoundland/Labrador and Quebec, have no plans to inform women directly at all.
Telling a woman’s primary care physician or family doctor of her breast density is insufficient as this information is rarely passed on to the woman, herself.

As such, ON, MB, SK, NL, and QC are not sharing potentially lifesaving information with all women having a screening mammogram. If you live in one of these provinces, you are being denied every woman’s right to protect herself from possible harm. A woman cannot make informed healthcare decisions when she is not told her medical information. The lack of information denies women a chance for risk mitigation measures, such as supplemental screening, changing lifestyle factors to reduce risk and diligent monitoring of breast changes. This lack of information can result in a later diagnosis, reducing chances for survival. 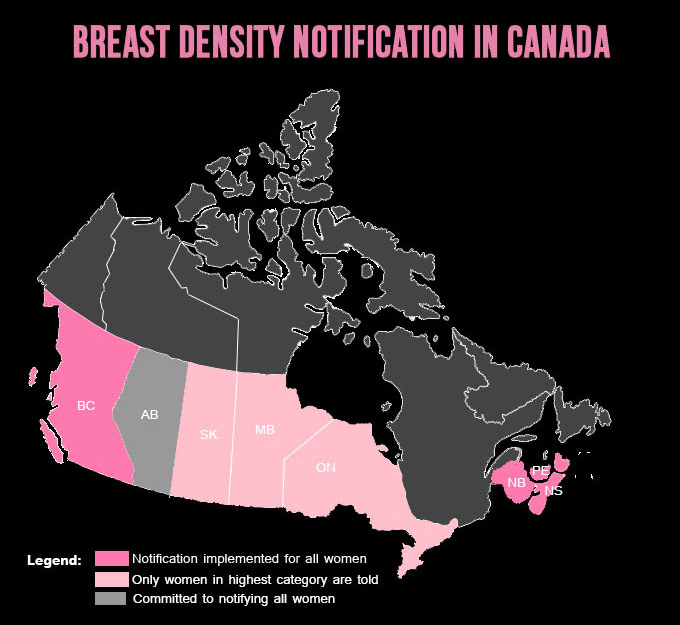 2.Women with dense breasts are discriminated against based on Canadian Task Force guidelines and provincial breast screening program policies

Provincial breast screening programs fail to acknowledge that women with dense breasts (Category C and D) are above average risk. They are above average risk for two reasons: they have an increased breast cancer risk and a second significant risk of cancer being masked by dense tissue. Since 1976, it has been known that density increases breast cancer risk and since the mid-90s, it has been known that mammograms are not enough for women with dense breasts; they can benefit from supplementary screening (ultrasound and/or MRI).

However, the Canadian Task Force on Preventive Health Care, a panel of 14 members that does not include any breast cancer screening experts, has advised against supplemental screening for women with dense breasts; it does not recognize that they are higher than average risk. As a result, provincial screening programs continue to treat women with dense breasts as though they are at average risk when they are not. As well, breast density is now known to be a more prevalent risk factor than family history. Provinces default to flawed guidelines even though lives are unnecessarily lost as a result.

3. Women with dense breasts are being discriminated against because of gender

According to governments, it is harmful to inform women of their breast density because it can create anxiety for women. If you tell women they have dense breasts, some women may seek supplementary screening which may result in a false alarm and perhaps a biopsy. Any screening test has false alarms and a suspicious finding may prompt a needle biopsy, but these are non-invasive, done quickly and inexpensively with local anesthetic and show cancer in about 20 to 30% of cases. The anxiety argument is paternalistic. Anxiety does not prevent people from being told that their blood pressure or cholesterol level is high. Women can tolerate transient anxiety. There is research that shows women would prefer the short-term anxiety of a false alarm over the prospect of missing a cancer (a false negative). It is unfortunate that the concern about anxiety is given greater weight than a later stage diagnosis that holds a poorer prognosis.

4.Women with dense breasts who are diagnosed with cancer are being discriminated against

Women with breast cancer who have dense breasts are often diagnosed when their cancers are larger, and more often spread to lymph nodes, so they are not eligible for the less aggressive treatment offered to women whose cancers are diagnosed early. And because they are diagnosed later, they have a worse prognosis.

Women with dense breasts, who are not told they have dense breasts before or at time of diagnosis are also discriminated against because they are not warned of their increased risk of recurrence. This can impact their treatment and prognosis. Women diagnosed with cancer in dense breasts need to know so they can consider MRI to ensure no additional tumors are hidden before deciding on lumpectomy vs. mastectomy, and to check the other breast for hidden cancer(s).

Every woman in Canada has the right to life, liberty and security of person. Withholding information from women by health authorities denies a woman’s right to protect herself from possible harm.