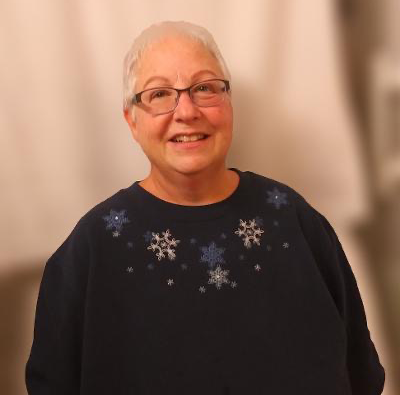 My story really consists of 2 problems that got missed using mammogram and ultrasound. In November 2012, I found a lump in my right breast. I was sent for a mammogram and ultrasound. I was told I had cysts and there was nothing to be concerned about. On November 26th, 2014 I went for my 2 year mammogram and got a letter from the Ontario Breast Screening Program saying everything was fine. On December 4th, 2014, I went to see my doctor and showed him 3 swollen lymph nodes on the right side of my neck. I assumed it was an infection, but he said that it was not an infection. He told me I needed to do blood work, have a CT scan and go for a biopsy. On December 11th, 2014, I went for the biopsy. On December 30th, 2014, I was told I had breast cancer, 35 days after my “clear” mammogram. Needless to say I was stunned. On January 2nd, 2015, I met with my oncologist. When I got the call for the appointment I was surprised as to how fast I was getting in. My husband and I had to wait about 1 1/2 hours to see the doctor. He apologized for taking so long and I commented that I was told he had a cancellation. He replied with “I didn’t have a cancellation, this can’t wait.” So starts my cancer story. I went through the whole thing. Chemo, mastectomy, radiation. In June of 2015 when I went for my post op appointment with my oncologist I was told that the cancer had metastasized into my spine and pelvis. My original prognosis was that I was curable but with this news it meant my cancer was now only treatable, not curable. Technically I am now terminal.

So how did breast density affect my cancer diagnoses? In May of this year, I was made aware about breast density and how it can affect mammograms. So I set out on a quest to find out if I had dense breast tissue. I went to my GP and asked to see the reports from my 2012 and 2014 mammograms. The 2012 doesn’t clearly state that I have dense breast tissue, but my 2014 report said “close to a high density breast” and suggests I come back for another mammogram in one year instead of the regular two years. My breast cancer was also lobular which means it originated in the milk producing glands. Unfortunately, lobular breast cancer is also difficult to see in a mammogram. So I believe that the lump I found in 2012 was cancer and due to it being lobular it was missed. The lump I had in 2014 was quite large, 6cm by 4cm so I think it had been growing for quite some time.

Now I am working to get the word out about breast density and what it means. Women need to know if they have dense breasts. Our doctors tell us if we have high cholesterol, or if our sugars are high, they need to tell us if we have dense tissue. If a woman has dense tissue, the protocol should be to send her for an ultrasound to confirm the mammogram findings. As it says on this website, dense tissue shows up white on a mammogram, making it very difficult to see a tumor because it is white too. On the other hand an ultrasound will show a tumor as black. The density will still be white but because the tumor is black you can see it. I still think that mammograms are our best defense in finding breast cancer but women need to be told their density so they can make informed decisions about their breast health. My cancer was missed due to dense tissue and that it was lobular.

I want to stress to women that you need to be proactive about your breast health. When you get the results of your mammogram saying everything is fine, go to your doctor and ask to see the actual report from the radiologist. If you have dense tissue, push for an ultrasound. If you find a lump and you’ve found out you have dense tissue you need to push for further testing even if it means a needle biopsy. Believe me, I’ve had a needle biopsy and it wasn’t that bad. If I had known in 2012 what I know now I would have insisted on further testing even though it might have been scary. If telling my story saves even one woman from going though what I have, then it will be worth it.

Naomi lives in Ontario and was diagnosed at age 52 with Stage 3, later upgraded to Stage 4. Please watch her video.