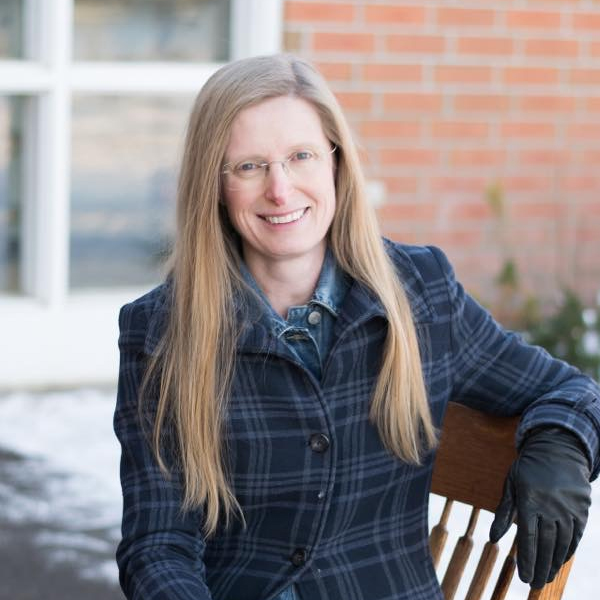 In 2013, I figured out I had dense breasts, but didn’t understand what that meant. Every time I went for a mammogram, they were always suspicious of a spot on the lower inside quadrant of my right breast. They couldn’t see it very well, so they always did another scan. Somehow I understood that mammograms weren’t very good at looking at my breasts, and so I quit going for them.

Another problem was that, as a teacher, it was difficult arranging an appointment for a mammogram. Lunch hours were short, so when I phoned in then, the line was busy and I was invited to leave my number for call back, but I didn’t want a phone call interrupting my time with my students.

So I quit going for mammograms.

Turns out, I was right. Mammograms were useless at finding cancer in my extremely dense breasts. Very dense breast tissue can camouflage for cancer. In fact, cancer wasn’t in my right breast, but in my left.

November 5, 2017, I woke up with a sore left armpit. I remember thinking that was weird. I couldn’t ever remember having a sore armpit before. In church later that same morning, I remember touching my armpit because it was sore and finding that it was very hot and that I could feel a lump. That told me it couldn’t have been from shovelling snow off the driveway on Saturday.

And so, Monday morning before school started, I phoned for a doctor’s appointment. After a breast exam and checking out my arm, my doctor told me she was arranging a mammogram. Two weeks later at my mammogram, the radiologist tech made me suspicious because she referenced some lumps they were asked to look at. She also told me I was having an ultrasound as well. Wow. Okay.

After, when I talked with my mom, I told her I thought I had cancer. She said, “One step at a time.”
And then I was called back to the doctor’s office to be told I had cancer, which started a long round of tests – biopsies, bone scan, MRI, CT scan. I was pretty angry, mostly with myself. Skipping mammograms is not recommended. I knew that. But I was still angry. I felt it was my own fault.

After the bone scan in Regina, I stopped by my surgeon’s office in Moose Jaw to pick up copies of reports from tests. And there was my 2017 mammogram report. “Breast density: extremely dense, which lowers sensitivity.” And “breast parenchyma is grossly unremarkable. There is no evidence of architectural distortion, parenchymal speculation or dominant mass. Malignant microcalcification is not identified.” And compared to my mammogram in 2013, there was “no adverse interval change.”

There was absolutely no evidence of cancer. My 2017 mammogram was “grossly unremarkable.”

The cancer in my breast and lymph nodes was only seen on the ultrasound I had that same day, something that had not been offered to me before, something I didn’t know I should ask for.

And so, my anger with myself was relieved. It wasn’t my fault that the cancer I had in my breast had moved into my lymph nodes. If I had gone for mammograms on schedule, my cancer wouldn’t have been found.

Whose fault was it? My doctor’s? No. Doctors follow the recommendations of the Canadian Task Force on Preventive Medicine. Ultrasound is only used if there is a suspicion of cancer because we don’t want to worry women after all.

The Task Force’s recommendation? Don’t worry women. WHAT? Really? I waited about two weeks for a biopsy that confirmed the ultrasound diagnosis. Two weeks of anxiety compared to 64 weeks of treatment, chemo, surgery, radiation, physio, medication. Give me two weeks of anxiety any day.

Section 7 of the Canadian Charter of Rights and Freedoms states “Everyone has the right to life, liberty and security of the person and the right not to be deprived thereof except in accordance with the principles of fundamental justice.” Security of person in Section 7 consists of rights to privacy of the body and its health. It has been known for forty years that breast density is related to breast cancer, but women have not been told, doctors have not been told. Why not?

I feel this is a miscarriage of healthcare. I feel that my rights to health have been undermined by paternalistic, patronizing assumptions that limited my rights to understand why breast density was a risk for developing cancer and to be able to advocate for my health.

I have breast cancer. I have been in treatment now since December 22, 2017. I have been through chemo, surgery, and radiation. And now I am on medication to block hormones so that any cancer left in my body will not spread. How I wish for two weeks of anxiety in 2013 and every year following that could have told me whether or not I had cancer, catching it early and small so that I wouldn’t have had to go through this fire. How I wish I had been offered an ultrasound when I had my first mammogram and every year after.

I am calling on the provincial governments in Canada to provide women, the mothers, wives, sisters, daughters of our province, with the knowledge and support we need, firstly to know our density, whether it be 0% or 25% or 50 % or 75% or higher, secondly to tell us the associated risks of breast density for breast cancer, higher than if one had a sister or a mother with breast cancer, and thirdly, to give us access to ultrasound testing to rule out or discover cancer.

We need to know. We deserve to know.