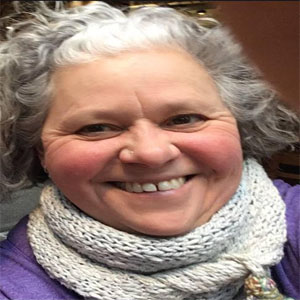 I had nipple discharge for as long as I could remember. When I was pregnant (2000), I noticed that it was a brown discharge from my left breast. The doctor assured me that it was the hormones of being pregnant so when I again noticed the discharge from that same breast, again we assumed it was hormones as I was menopause age. The doctor did a mammogram and ultrasound, to make sure, all coming back normal. Fast forward to my routine pap smear, done by a rotation of female doctors at my clinic. A doctor that I’ve never met started asking me about the discharge and suggested I get an MRI

As it has to be done during the first 5 days of your cycle and I have to travel to Vancouver by ferry, I wasn’t committed to what I saw as an unnecessary test. The first month the machine broke after I was in there, the second month I was away and if I hadn’t been able to get in on the third month, I think I wouldn’t have bothered again. Results came back 2 days later, biopsy ASAP. Again, ultrasound came back perfectly clear, so the technician took the biopsy samples by reading the MRI areas that were highlighted. Results came back as 30% of my breast had cancer.

I was immediately thrown into this system that I had no idea about. Amazing oncologist, surgery for complete mastectomy 6 weeks later. Chemo (including the red devil) for 6 months and all clear MRI/mammo’s since. I had very dense breasts and after 4 years of estrogen suppressing drugs, I still do. The doc still isn’t quite comfortable with stopping the yearly MRI’s. The initial doctor that ordered the MRI saved my life, of that I have no doubt.