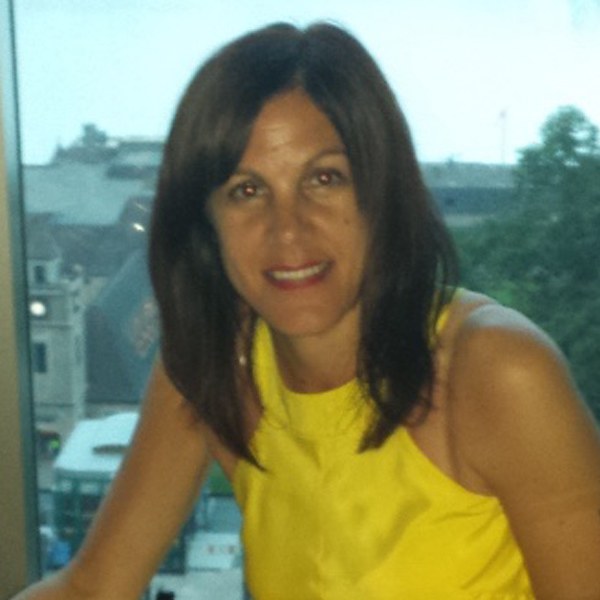 I was getting annual mammograms for 20 years since my mom was diagnosed with Stage 3 breast cancer in 1995.
I’ve had very lumpy breasts for as long as I can remember and doctors kept telling me this was normal and to cut down on my caffeine to alleviate tenderness.

My breasts at the time of my mammogram in June 2015 were very lumpy. My mammogram was negative, but I kept feeling this particular lump on my left breast by my underarm but I was ignoring it due to the negative mammogram until the lump was getting bigger and more bothersome.

In November, I went to see my family doctor, who ordered a repeat mammogram and ultrasound, but everything was slower and more delayed due to the Xmas holidays. Then in January 2016, after the ultrasound and biopsies, I was diagnosed with Stage 1A Invasive Ductal Carcinoma requiring lumpectomy, radiation and tamoxifen for 10 yrs. I was in shock, angry and upset and asked every doctor I contacted WHY didn’t the mammogram show the tumor? Nobody had an answer for me, they just shrugged their shoulders and changed the topic!

In the past, I heard the words dense and fibrous to describe my breasts, but I had no idea of the implications nor did anybody tell me! If I had known I would have definitely taken extra screening and my tumor may have been picked up 1-3 years prior?

I’m lucky and grateful that it was picked up at stage 1 due to the location of my tumor, which was easy to feel, but sadly most women with dense breasts get picked up at later more advanced stages which is so disheartening and preventable!

I strongly feel that the withholding of information is wrong, negligent and unethical!! Everyone has the right to know medical information about their bodies. It is vital to make informing women about their breast density and what it means and/or further screening options mandatory for all of Canada.