When it comes to mammograms, the subject of radiation is often brought up. The dose from a mammogram is similar to going for a walk outside every day for 7 weeks at sea level or 3-4 weeks living in Colorado!

The radiation risk of breast cancer from mammograms is primarily in women less than 20 years old.

How does the x-ray dose in mammography compares to other medical tests?

The table below shows mammography has the third lowest radiation dose and bone density and chest x-rays have the least. It is much lower than a CT scan of the abdomen or a PET/CT scan. Also, when comparing the radiation dose to the annual limit of radiation that is safe, the table shows that radiation from medical tests is safe. 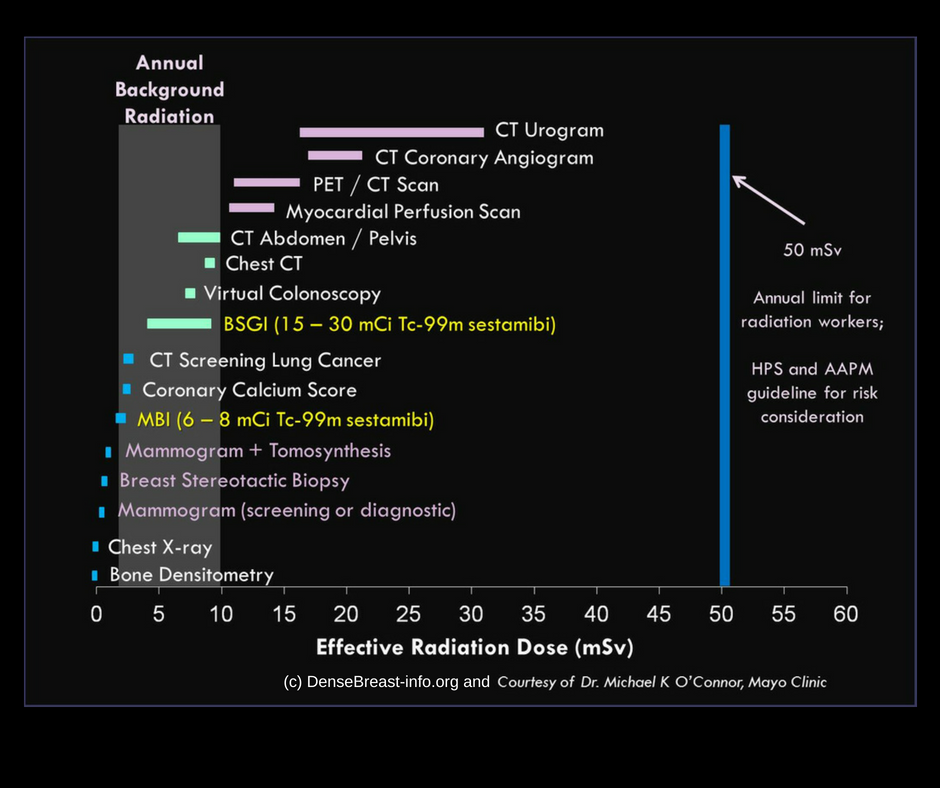 While the risk of radiation from mammograms is not zero, the risk-benefit ratio of mammography is overwhelmingly in favour of using mammography. Researchers at Sunnybrook Hospital in Toronto found that for 1000 women aged 50-69 who had a mammogram every 2 years, the radiation caused 0.27 cancers and 0.04 deaths but prevented 5 deaths and saved 105 years of life. Therefore, avoiding mammograms for fear of radiation is not a winning bet.

Due to their concerns about radiation, some women turn to thermography. This procedure uses an infrared camera to produce images that show the pattern of heat and blood flow on or near the surface of the breast. It is based on the theory that a temperature change in the breast reflects increased blood flow in the underlying tissues, allowing detection of cancer and precancerous changes. 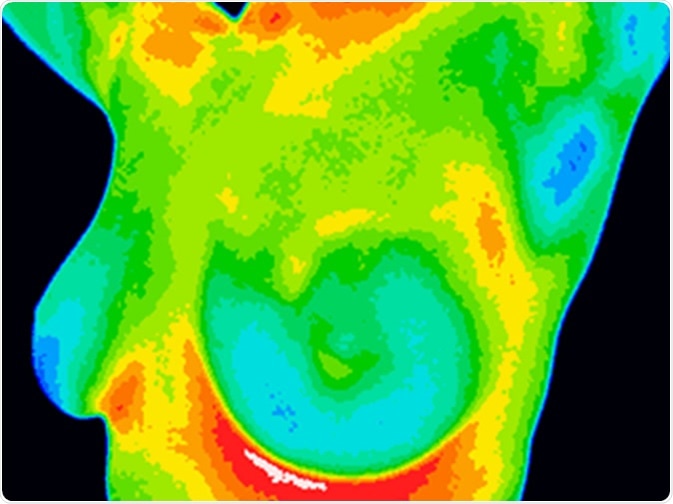 Thermography has been around since the 50s and has been the subject of many studies. There is not a single scientific study that has shown thermography to be an effective tool for detecting breast cancer.

According to Dr. Paula Gordon, a breast radiologist and clinical professor at University of British Columbia, “Thermography was discredited in the 1970s. It can find big cancers that are palpable, but also shows up many benign masses like fibroadenomas, resulting in lots of false alarms. It shows a lot of false-positives that are just normal tissue, and it can miss small cancers that we can see on mammograms or ultrasounds.”

“Thermography is not a useful screening modality and Health Canada has posted alerts in 2012 and 2017 that thermography not be used for screening. According to Dr. Sheila Appavoo, a breast radiologist and a professor at the University of Alberta, “If it worked, breast imagers would use it. Patients should strongly be discouraged from substituting thermography for conventional breast screening modalities.”

In 2019, US Food & Drug Administration (FDA) issued a warning that thermography should not be used as a standalone screening test for detecting breast cancer. The FDA commissioner stated, “People who substitute thermography for mammography may miss the chance to detect breast cancer in its earliest and most treatable stages.” The FDA also issued warnings in 2011 and 2017.