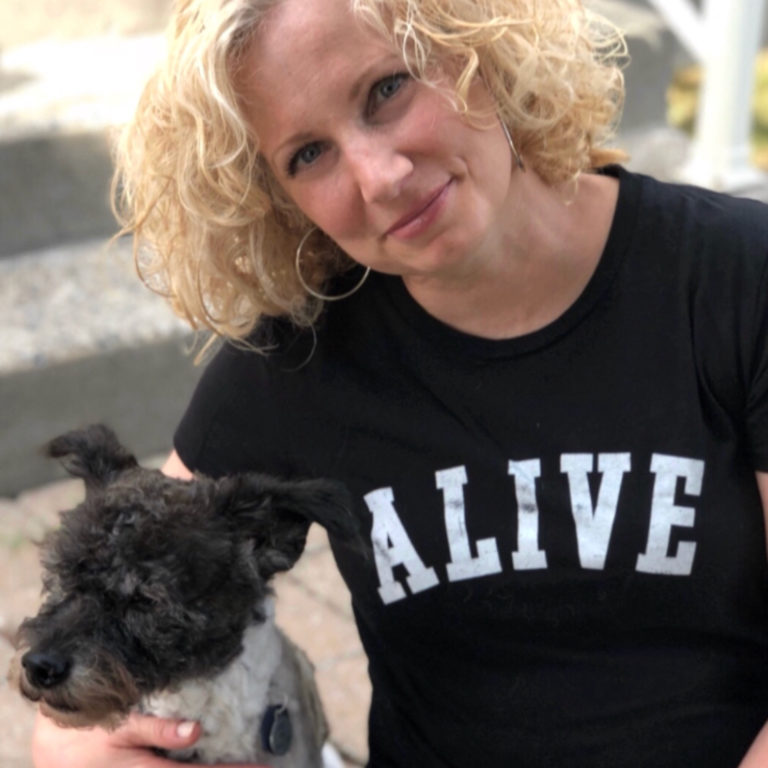 In February 2012, while putting on lotion, I felt a small, hard lump in my right breast. I didn’t worry too much about it, since my breasts had been lumpy for as long as I could remember. Nonetheless, I called my gynecologist to get it checked out. He examined me and said it was a gland. When I mentioned that it felt different, as it didn’t go down following my period, he told me the gland just didn’t drain. He also noted that my mammogram from August, 2011 had come back normal and that I didn’t have a family history.

A little less than a year later, I went back to see him, as the mass was growing and was now visible. Again, he told me it was a gland, adding that it was moving and not attached to any part of my body. He finally decided to send me for an ultrasound. I remember feeling anxious and asking if I should be concerned. He said it was a type of cyst, adding that the ultrasound would tell us if it might continue growing, in which case I should get it removed.

I called the hospital that same day and scheduled an appointment for an ultrasound on April 10, 2013. I was informed that a mammogram would be performed as well. On that day, I asked my husband to accompany me. I think a part of me knew. Following the ultrasound, I was asked to stay for a biopsy that same day, or schedule one for that week. Panic had set in, and I got it done that day. A marker was placed in my breast, I was sent for a second mammogram, and told to come back nine days later for the results.

Unable to cope with the anxiety of not knowing, I went to a private clinic two days later, and was diagnosed with Stage 2, Grade 3, ER+ PR+ HER2+ breast cancer…a year after first consulting my doctor. Chemotherapy started promptly. Everything that was happening was completely out of my control. I felt anxious, distraught. I was lost. When it came time for surgery, I opted for a bilateral mastectomy, to minimize my chances of recurrence, and had reconstructive surgery. The cancer was HER2+, which meant that I would be receiving Herceptin for one year. I was in treatment for fifteen months.

I learned that I had dense breasts much later, when I obtained a copy of my 2011 mammogram. I wasn’t notified, nor was I informed that women with dense breasts have an increased risk of developing breast cancer. Dense breasts affect the accuracy of a mammogram, since both dense tissue and cancer appear white on mammograms. I wasn’t told. I should have been sent for further screening.

Why aren’t women better informed? Why is this not common knowledge? We know that early detection is so important…yet, it doesn’t seem to be enough to significantly change the way women with dense breasts are informed, guided and screened. I wish I had been diagnosed at an earlier stage, but we can’t go back in time… I feel very strongly that things need to change. Doctors need to be honest and transparent when it comes to breast density, and everything associated with it. Women with dense breasts have the right to adequate information, as well as proper and efficient screening.

Annie lives in Quebec and was diagnosed at age 42 in 2013. She found a lump 6 months after a normal mammogram. Annie is actively advocating in Quebec and if you would like to help her, please contact us.