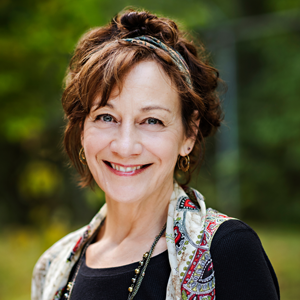 Eighteen years later, in June 2017, I discovered a lump in the same breast while in the shower. I had just had a clear mammogram 6 months earlier as part of the bi-annual screening program, so, I thought it was probably just another transient lump. Its sudden appearance made my GP think it was just a cyst.  To be safe, though, I was sent me for another mammogram, plus an ultrasound on both breasts.

Two weeks later, I was told the results were “worrisome”; then, after another ultrasound and a biopsy it was confirmed: cancer.  The tumour was about 2.5cm, and there were some “likely malignant” lymph nodes.

Even though I had started to prepare myself for the worst, hearing those words “you have cancer” shook me to my core. The doctor told me that the cancer had been there for quite awhile. It was likely missed on the mammogram because of my heterogeneously dense breasts.

My first thought was anger that my mammogram letter said “normal” when obviously it wasn’t. My second thought was absolute fear for my daughters, aged 22 and 25 and how they would take the news – and if I would be around for them much longer.

After the news settled in, I realized how much I didn’t know and how much I needed to know if I was going to fight this disease.  From that point on, I would not rest on my laurels, nor rest with any false sense of security.

My first surgery was a lumpectomy and sentinel node biopsy. The pathology report revealed that I had triple negative breast cancer, Stage 3, and aggressive grade 3. I remember being so angry – how could I go from a clear mammogram to a stage 3 diagnosis in just 6 months?

Shortly after I started chemo, I discovered another lump in the right underarm area. Another ultrasound confirmed that there was cancer in more lymph nodes. I was told another surgery would be needed when I was finished chemo to remove about 17 more lymph nodes.   Could things get any worse?I had my second surgery in January 2018.  By this time, I had learned a lot about breast cancer and had also had genetic testing done. I asked for, and received, a prophylactic bilateral mastectomy (no reconstruction). I felt that, given a previously missed tumour, some possible genetic abnormalities, plus the aggressiveness of a difficult to treat type of breast cancer, I did not want spend every day for the rest of my life wondering if the cancer was back, and if it was going to be “missed” again.

My treatment plan finally wrapped up with 25 rounds of radiation, completed in April 2018.I honestly feel that my treatment could have been less extensive and aggressive, had I not received such a late diagnosis. I can’t help but believe that it would have been an altogether missed diagnosis, and I may not be here today, if I were to heed the current guidelines that suggest not doing self examinations.

Thank you, Dense Breasts Canada – you have shed a lot of light for me, and my daughters, on the importance of knowing one’s body and trusting one’s instincts.