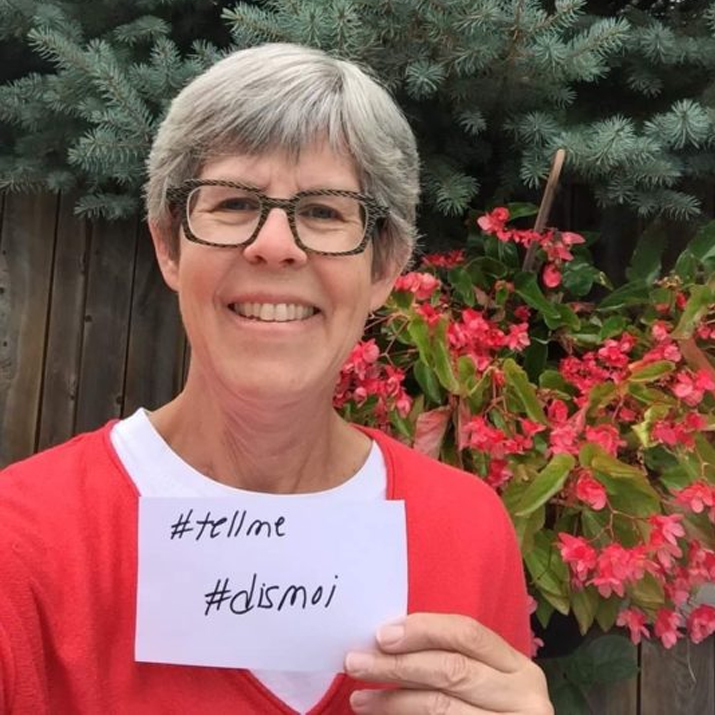 Cathy’s breast density story is different from most. She lived in Toronto for a few years, and her family doctor there sent her to a specialist in 1983 because she had already had one benign breast tumor removed at age 23. She was told she had polycystic fibrous breasts that were denser than normal, and that she had a higher risk of developing breast cancer than most women. He said to start getting mammograms at age 40, and to make sure to have them annually by age 50.

She moved back to Winnipeg a few years later and reminded her family doctor when she turned 40 that she should start getting mammograms as she was advised in Toronto, but was told this wasn’t the protocol in Manitoba. They would continue to monitor and test any breast lumps she found, which they did. Cathy entered the Manitoba Breast Check screening program at 50 but was never offered annual mammograms. She also didn’t know she could have asked for them. When she was diagnosed with breast cancer in 2016, she was told the cancer was missed in her 2014 scan because it was so hard to read. It was diagnosed at Stage IIIC – very high risk.

The lack of awareness among family doctors until recently, of the increased risk women with dense breasts have of developing breast cancer, meant that Cathy was never cautioned about lifestyle changes she could have taken to try to reduce her risk. Things like limiting alcohol intake, limiting weight gains and staying active, and avoiding estrogen supplements at menopause help reduce the amount of estrogen a woman’s body makes; the food most breast cancers need to grow. Cathy’s cancer was ER +8, the highest level an estrogen driven cancer can be. These were steps Cathy could have taken if she, and her doctor, had known the facts about breast density, and the things a woman can do to try to reduce this risk.