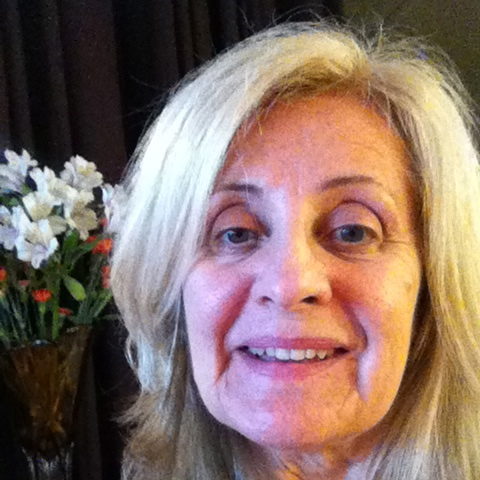 Sept. 2015: I had a routine Mammogram in Vancouver, BC. Having fibrous breasts, I generally got checked every 2 years.
Oct.  2015: The mammogram report said “all clear” – see you in 2 years.
Nov. 2015:  During a routine physical exam, my general practitioner detected a small lump in my right breast. He ordered an ultrasound.
Nov. 2015:  Ultrasound was done, confirming there was a small lump. Same day, they also did Tomographic Imaging (a more refined ultrasound). As a result, a breast Core Biopsy was scheduled for the following week.
Dec. 23, 2015: I was called by my GP and told there was need for a lumpectomy.  I was given the name of the General Surgeon at Lion’s Gate Hospital. I had to be very assertive and carve a sure path through lots of red tape and barriers to actually get accepted as his patient. My strategy worked.
Dec. 24-31: During that first appointment with the General Surgeon, I requested (after doing some research) my choice of Plastic Surgeon. That too went very well. I was confident of my surgical team. We thought all this time that only a right breast lumpectomy was called for.

I was still visiting my sister in NJ, USA. My sister thought I should see her own radiologist in NJ for a second opinion.  I had all the copies of recent tests with me. The radiologist looked at all the tests that were taken (on DVDs).  She was shocked that no MRI had been done yet.  She wondered why the left breast had not been more thoroughly checked  with ultrasound and tomography as well. She wrote some very clear suggestions to my Canadian  doctors –  on the margins of my test results. When I returned to Vancouver, I was determined to get that MRI as soon as possible – even if I had to pay at a private clinic. I was also aware that I had to have BRCA testing done – before the planned surgery!  Most would have said this was logistically impossible to do in the narrow window of two weeks before my surgery. I had to move fast and aggressively to convince BC Cancer Agency to speed up their 4-6 week results time.  I offered to pay a $500.00 fee for faster results. I considered going to Seattle for the BRCA test if necessary. Finally, the Director of BC Cancer Agency called me and asked to speak to my General Surgeon. Together, they decided to allow my BRCA test to just be for the BRCA genes.  They usually test for 14 genes and that takes longer.

As for the MRI, when my  General Surgeon heard that I’d booked a private clinic (to a cost of approx. $ 4,000.00) he arranged for my MRI to be at his hospital within a few days of my return from New Jersey.

Before we had the MRI results, my surgeon was recommending a double mastectomy. This news was a horrific idea to me. I felt I really wanted to save one breast. It was a very emotional decision for me. I knew I was working against time and the recommended opinions of my team. When we had the results of the MRI, it was clear that there were actually several small spots of cancer in the right breast. None were apparent in the left breast. Soon after, we had the BRCA test results. They indicated that I was not in the group with a genetic predisposition for future cancers. Thankfully, the plan adjusted to my preference for a single right breast mastectomy and at the same time I would have a Tramflap surgery for breast reconstruction.

All this time, since the positive diagnosis of cancer, I was moving like a train out of control, many phone calls, lots of research and opinion seeking. I found myself wrestling in verbal exchanges about the critical need for more timely test results. I also kept asking the basic question about why since they’ve known for a long time that I have dense breasts that they didn’t as a matter of routine – examine me with both mammography and ultrasound at each examination.

Back and forth, back and forth I went, convinced of my path that was forged in knowledge and urgency. In the back of my mind, I was always thinking about how pro-active and assertive I had to be throughout this process. What would happen to other women who did not question or stand up to medical authorities? What about women who were new to Canada and didn’t have a strong advocate beside them? What about women who are just so frightened and overwhelmed by a cancer diagnosis?

My surgery date was Feb. 25, 2016. A future date for nipple reconstruction was set for Feb. 5 2017. I’m happy to say all of my surgeries had good results. Now, my oncologist makes sure that there are annual mammograms and 6 months later, an ultrasound test for the next 5 years. I am also taking an aromatase inhibitor (Exemestane) for the next 5 years.

As I approached and then went through my cancer surgery, I was totally grateful for the kindness and wisdom of my Cancer Buddies who I met through the Canadian Cancer Society. Phone calls from these amazing women were the foundation of the courage I found throughout my diagnosis and treatment. Of course, my friends and family were another source of strength and love.

One more important part of my story is that I did not have to endure any chemotherapy or radiation treatments. At the time, I thanked my lucky stars. But I know the reality is that there are no guarantees in this game and those of us who have had cancer of any sort do “walk a fine line” with degrees of uncertainty shadowing our lives and our futures. And every day, I tell myself: “Live fully, live in the moment, put things in perspective, take strong strokes and move forward.

Janet lives in British Columbia and was diagnosed in 2015 a few months after a normal mammogram.