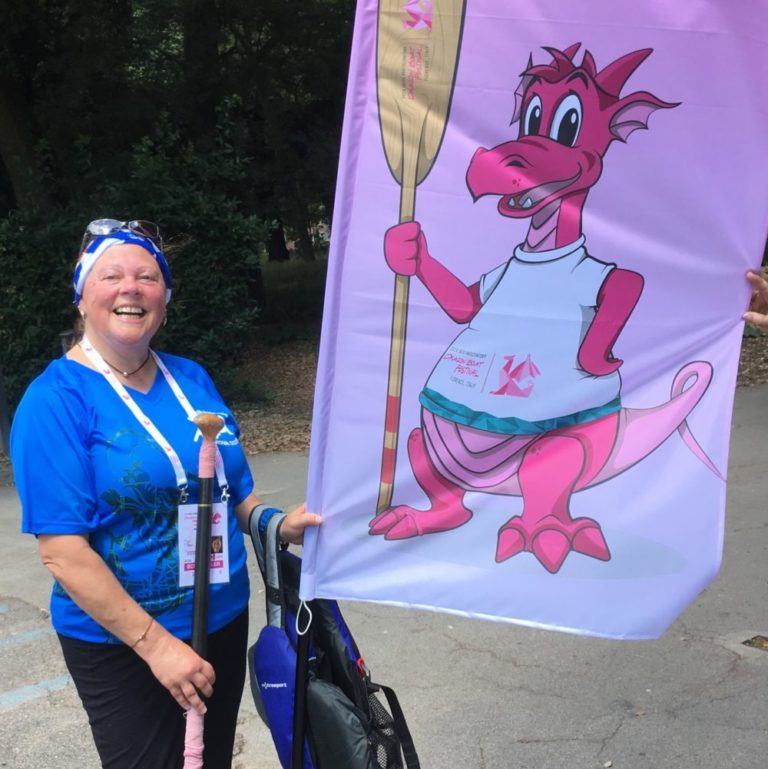 Hi my name is Joy Veinot and I am from the beautiful south shore of Nova Scotia.

I was diagnosed with stage 2A invasive ducal carcinoma July of 2013 at the age of 51 years. I am a nurse and I work with people with special needs and I also work at a senior’s facility.

I had aunts on both sides of my family pass away from breast cancer and so from the age of 40 years and onward I had yearly mammograms. In January of 2013, I had a mammogram and it came back like usual with clear results.

Two weeks later I find a lump in my right breast – I am not alarmed considering I had a clear result from the mammogram….so I continued to walk around with a false sense of security with the usual thoughts going through my head ….it must be an inflamed milk duct and I went about my usual business.

I was working a day shift and one of my elderly clients asked me if I was sick and he said that I didn’t look well. He was so adamant it frightened me. During my supper break, it occurred to me I had been walking around with a large lump in my breast and I had better get it checked out.

My doctor was quite concerned- I had an ultrasound, appointment with a surgeon, biopsy and surgery to remove the 3cm tumour all within two weeks. Another surgery followed due to pre-cancer in the same breast and another satellite tumour. Due to the size of the tumour, chemotherapy followed.

If I had known I had dense breast tissue, I would have had my lump checked immediately and not walked around with a false sense of security!!!!

Dense breast tissue and cancer is like looking for a snowball in a snowstorm.

Thank you Dense Breasts Canada for all you do.